In the second half of the 20th century, the world population increased from 5.2 billion in 1950 to 6 billion in 2000 (more than double), and the demand for agricultural products increased more than threefold due to population growth and income increase. Likewise, the increase in aquatic consumption and demand for agricultural products also increased relative to the increased population. By 1980, increased fishing was the main factor for the increased aquatic food consumption, but in recent years, the increase in consumption has been compensated by aquaculture, raising fishes such as trout. The share of aquatics in human food supply should reach 164 million tons by 2025, about 64 million of which are supplied from aquaculture and the rest from sea fishing. Currently, 15 million tons of aquatics are produced fisheries worldwide. Meanwhile, with 1,000 kilometers of marine border in the north and 1,600 kilometers of mairne border in the south, Iran is one of the few countries with great potential for marine aquaculture. Accordingly, the trout farming industry has grown and developed significantly in parts of Iran with favorable conditions. The graph below shows the global growth of aquaculture between 1990 to 2030.

Iran has enjoyed substantial growth in fisheries and aquaculture production in recent years, but this development has also led to some challenges. One of the challenges in this field is the incidence of infectious viral and bacterial diseases. The incidence and prevalence of these diseases in some regions of the country, especially in the trout industry, have been highlighted. Many trout farms in Iran have reported the identification and confirmed cases of diseases such as IHN, IPN, VHS, and factors like streptococcus, lactococcosis, Yersiniosis, septicemia caused by mobile strains of aeromonas. Studies indicate that in most cases, these diseases are transmitted by water. Despite the expanding industrial aquaculture production, diseases are one of the most critical impeding and damaging factors in this industry. Fish diseases are divided into non-infectious, including environmental, nutritional, and genetic diseases and infectious diseases. The contagion of infectious diseases is even more critical, and the loss of wasted fish, treatment costs, and recovered fish’s decreased growth rate associated with it can lead to a higher price tag and low-profit margins.

Maintaining biosecurity in aquaculture is a challenge, but not an impossible one. The aquaculture systems can take the following epidemiological approaches: accurately identifying the incidences in the breeding system, properly analyzing disease transmission routes, and the aspects escalating disease incidence. Therefore, effective disease disinfection methods to control such diseases can give an organized insight into understanding the disease stages and efficiently plan the disease control process leading to reduced casualties. Ultraviolet (UV) filtration is one of these methods that also be seen in the following image. 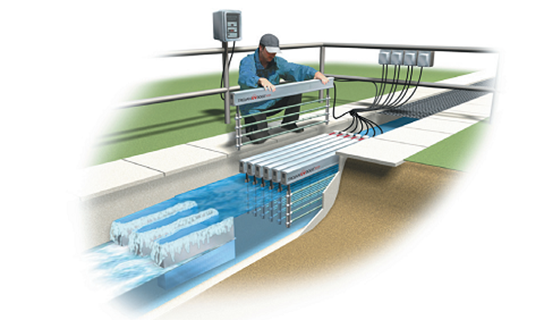 This method has become popular in recent years. The UV disinfection method does not negatively affect the fish since it is conducted out of the breeding site (fish tanks). In other words, water is irradiated before reaching the fish or their eggs. The filtered, clean water is used for breeding and reproduction in the end. 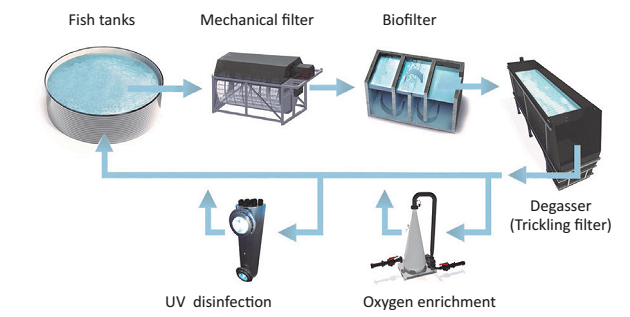 The sufficient UV radiation dose for breeding and reproduction farms depends on the qualitative and quantitative parameters of water, contamination types, and possible risks.

Types of UV devices in aquaculture

The disinfection methods used in aquaculture target pathogenic bacteria and unicellular organisms. UV disinfection has been used as a purification method for decades and does not affect fish because it is carried out away from fish or their eggs at water inlet.

It is advised that the UV protective disinfection system be installed after the drum filter to prepare the water quality for UV disinfection. UV radiation disinfection devices are used in fish farms in three forms: 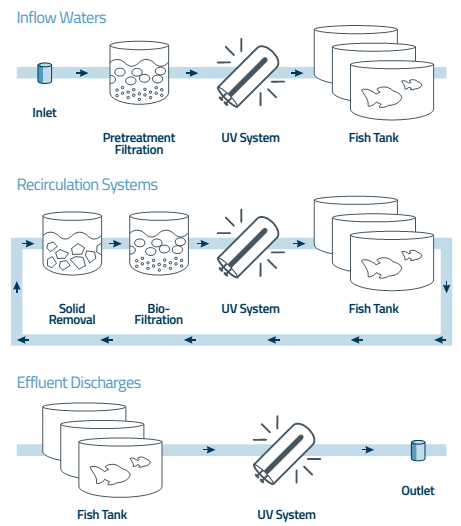 The introduction of UV systems has substantially reduced the number of pathogens in fish egg production and aquaculture facilities, and UV disinfection has proved the most cost-effective disinfection technology to disable various types of harmful bacteria, viruses, and parasites of many fish species. The UV system should be designed to control the pumped flow in all conditions and fulfill optimal performance under the maximum expected flow.

Instant sanitation of pool water in just a few seconds.

Adding no harmful and chemical pathogenic compounds in water

No change in the taste and smell of water

No change in physical and chemical quality of water

No need for secondary equipment