Using UV in medicine and hospitals

Hospital environments can undoubtedly be the source of fatal infections and nosocomial infections without proper disinfection. These infections, which are also resistant to antibiotics in many cases, significantly threaten patients or clients’ health. Therefore, various measures, such as using multiple disinfectants, are taken to keep hospitals’ environments safe from pathogens.

Using UV lights in Surgery rooms is a clear example of the unquestionable impact of UV.

A study published in the American Journal of Infection Control shows that UV disinfection technology eliminates about 97.7% of pathogens in surgery rooms, and UV’s wavelength can eliminate many antibiotic-resistant bacteria.

Meanwhile, researchers have developed some mobile UV devices for disinfecting hospital surfaces with optimal performance. The National Guideline of Nosocomial Infections Surveillance System published by Iran’s Health Ministry states that using UV with hydrogen peroxide increases anti-spores by 4000 times compared to hydrogen peroxide alone. This technology can improve environmental hygiene and reduce the number of pathogens that potentially cause infection.

Some hospitals use UVC disinfection devices to destroy potentially dangerous bacteria, such as MRSA (methylicillin-resistant Staphylococcus aureus), in addition to using this technology as standard chemical decontamination methods. These findings are specific to patients admitted to a room where previously an infectious patient with drug-resistant bacteria has been treated. Between 2012-2014, Anderson studied 21,000 patients in nine hospitals, stating that some of these microbes can remain in the environment for a long time, even after discharging the patient with these microorganisms and cleaning the room, thus putting the next patient in the room at risk. The researchers found that using UVC light radiation devices in empty spaces for 30 minutes could eliminate the bacteria by breaking their DNA. 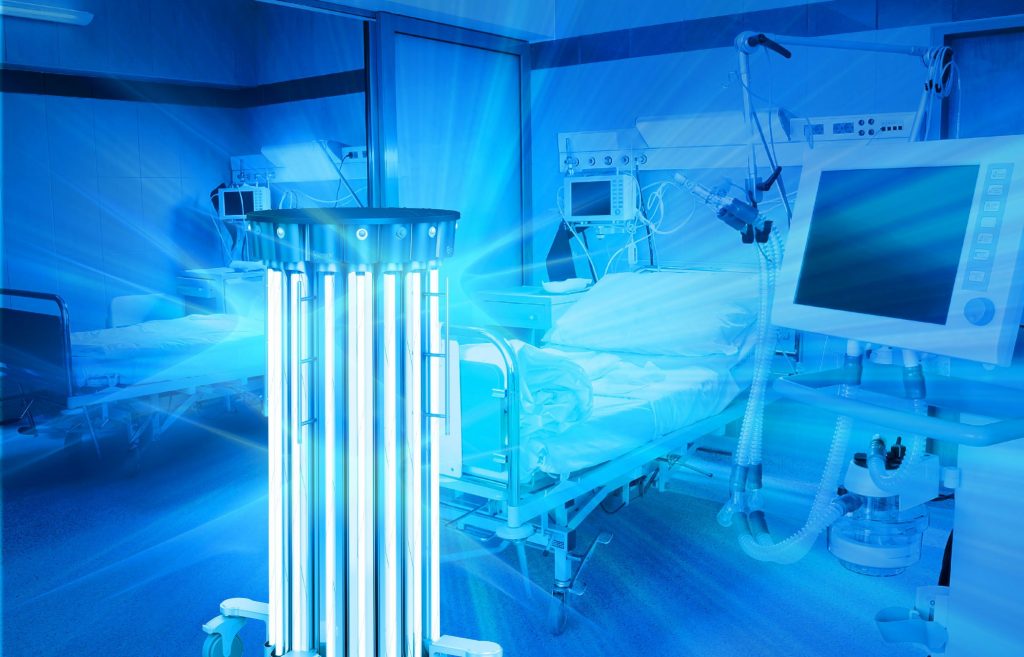